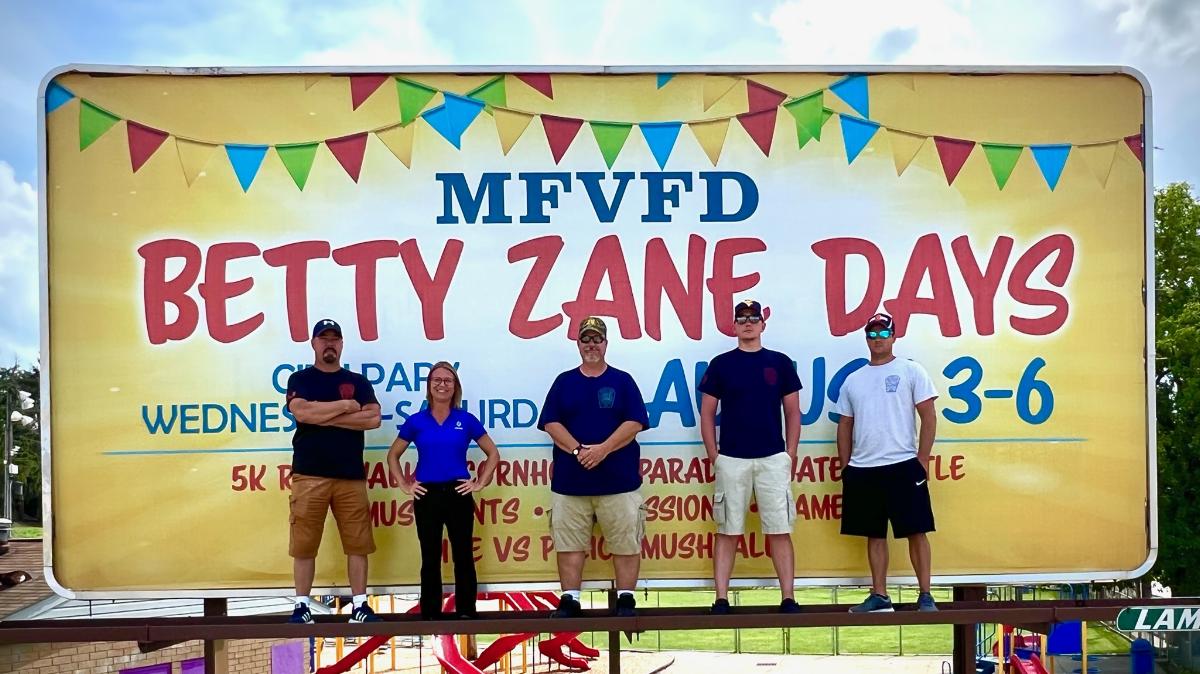 A festival for all and a celebration of local heroes, the Martins Ferry Volunteer Fire Department’s Annual Betty Zane Days promises fun for everyone. Nestled in the river valley of Martins Ferry, Betty Zane Days celebrates the life and deeds of the Revolutionary War heroine of Fort Henry, Betty Zane. Famed for her gunpowder run and credited for saving the lives of the inhabitants of Fort Henry during the fort’s siege in the American Revolution's final battle, Betty Zane now rests in the Walnut Grove Cemetery in Martins Ferry, Ohio. Each year the Martins Ferry VFD hosts the festival in honor of the heroine and in recognition of the local men and women who have so dutifully served the community through dedicated service to the Fire Department.

This year’s title sponsor for the festival is Unified Bank. With deep roots in the community, Unified first opened its doors to the people of the Martins Ferry area in 1902. A long-time sponsor of the Annual Fireman’s Water Battle, an exciting competition held at each year’s event, Unified decided to step up its support for the beloved event.

Unified’s President, Chairman, and CEO Scott Everson said, “Unified is proud to serve the people of all the communities we represent, but Martins Ferry is our home, where we are headquartered.” “We consider it an honor to be able to help our local fire department provide such a valued service to our residents and to salute those who serve and have served to protect us,” added Everson.

According to MF VFD Chief II Ron Hilton, the fun starts Wednesday, August 3 at 5 pm with a 5K Run/Walk sponsored by the Martins Ferry High School Cross Country Team. Registration is at 4 pm. Festivities continue through Saturday the 6th, and the Fireman’s Water Battle will be held on S 4th St between the Ladder Company and Unified Bank Saturday immediately after the Fireman’s Parade. Musical entertainment will be provided each day of the festival.

Chief II Hilton, an event organizer himself, said, “We want to offer our appreciation to fellow MF VFD event organizers Chief 1 Tom Kelly Jr., Captain Dave Maguire, Captain Justin Smith, Captain Zack Beck, and Captain Taylor Fogle for all they did putting this festival together and all they do year-round with the Fire Department.

Long considered among the elite volunteer fire departments in Ohio, the Martins Ferry Volunteer Fire Department has been protecting the lives and property of our citizens for 130 years. Four separate stations located strategically throughout the city enable quick responses when the need arises. These stations are The Liberty (situated on Center Street), The Alerts (located on North Zane Highway), The Hook and Ladder (located on South 4th Street), and The Vigilant (situated on Pearl Street).

United Bancorp is located in Martins Ferry, Ohio, and is the only publicly traded and listed company headquartered in Belmont County. Through its single bank charter, Unified Bank, the Company currently has nineteen banking centers that serve the Ohio Counties of Athens, Belmont, Carroll, Fairfield, Harrison, Jefferson and Tuscarawas, and Marshall County in West Virginia. United Bancorp, Inc. trades on the NASDAQ Capital Market tier of the NASDAQ Stock Market under the symbol UBCP, Cusip #909911109.